The owner of Penshurst Plastering Ltd Mike has many years experience in the plastering industry and he is also certificated by City&Guilds. The staff at Penshurst Plastering Ltd are all plasterers and general builders who carry many years of experience under their belts. Penshurst Plastering is owned and run by Mike Andrews who has lived in Sidcup and Blackfen since 1979. Originally Mike worked as a Project Consultant for a large Print and Media company in the City. Even though what Mike used to do is completely different to what he does now, he believes that working in this area has helped with great customer relations and has given him a great eye for detail which shows in all his plaster work undertaken. Amongst other things Mike is also half way into a BSc degree in Psychology and enjoys keeping fit by cycling and running. Mike has completed 3 London marathons for charity in the past four years.

We do not have any reviews about Penshurst Plastering available right now.

This business has no reviews yet. 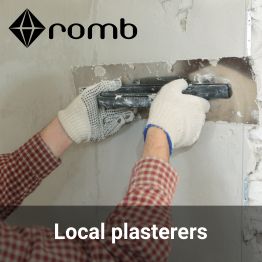